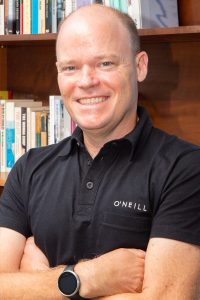 ABOUT
Before joining the University of Stellenbosch Dr Lamb was the Director of Safety and Violence Initiative at the University of Cape Town (UCT) (2012-2020) where he also taught in the Political Studies and Public Law departments. Prior to this he was a Senior Research Fellow and Programme Head at the Institute for Security Studies (2006-2012), and the Programme Manager at the Centre for Conflict Resolution (2000-2005). Dr Lamb was also a visiting scholar at the Nordic Africa Institute (2005) and the Bonn International Centre for Conversion (1998). He has undertaken research and published on arms control, violence reduction, urban safety, policing and peace-building issues in Africa for more than 20 years. He has served on the UN Security Council Panel of Experts on Liberia and was a member of the UN’s small arms control standards expert reference group. Dr works currently closely with various government departments on issues of crime and violence prevention.

“Safeguarding the Republic? The South African Police Service, Legitimacy and the Tribulations of Policing a Violent Democracy, Journal of Asian and African Studies (accepted March 2020).

“The Chemistry of Interpersonal Violence in South Africa”, Violence and Victims (with Giselle Warton) (accepted 2020).

“South Africa and its Defence Industry”, in: J. Belin and K. Hartley (eds.) The Economics of the Global Defence Industry (UK). (London: Taylor and Francis) (with J Paul Dunne and Eftychia Nikolaidou), 2019.

The State of Urban Safety in South Africa 2018/19, (Johannesburg: South African Cities Network), 2019 (with Matthew Skade, Anine Kriegler, and others).

“Police Militarization and the ‘War on Crime’ in South Africa”, Journal of Southern African Studies Vol. 44, No. 5, October 2018.

“The Conundrum of DDR Coordination: The Case of South Sudan”, Stability: International Journal of Security and Development, Vol. 7, No. 1, 2018 (with Theo Stainer).

“Massacres and the Reform of the Police: South Africa Past and Present”, South African Crime Quarterly, 63, March 2018.

“How to Turn the Tide Against South Africa’s Crime Wave”, The Conversation, 21 February 2020.

“Boys to Violent Men: What We Know, and What We Can Do”, Daily Maverick, 15 September 2019 (with Cathy Ward, Shanaaz Mathews and Soraya Lester).

“Why the Global Survey on Safety is Deeply Flawed”, The Conversation, 6 August 2018.