The Transformation Research Initiative (TRI) was established in 2000 at the Centre for International and Comparative Politics at Stellenbosch University, South Africa. The predecessor for what would become the Centre for Research on Democracy (CREDO), TRI was an informal group of academics who represented the disciplines of political science, sociology, economics, history, and theology, hailing from eight countries located in globally diverse cultural regions. Their common quest was the pursuit of quality research on democracy.

TRI’s longitudinal research reflected ever-changing geopolitical developments. The initial study examined democratic transitions at the height of the so-called “Third Wave of Democracy”, subsequently shifting to an assessment of the quality of young democracies in the process of their consolidation. Responding once more to global events, the research focus moved to the global financial and economic crisis of 2008-2009 and its multiple impacts on democracy. Case studies included South Africa, Poland, South Korea, Chile, and Turkey, assessed against the well-established democracies of Germany and Sweden.

Supported by its global network of 19 academic experts, TRI would go on to conclude four major research projects as well as publish three well-received books before it was restructured as the Transformation Research Unit (TRU) in 2015. Such noteworthy academic success would also not have been possible without the generous support of the following groups: Daimler-Fonds, Bank of Sweden Tercentenary Foundation, Anglo-American Chairman’s Trust, Eskom Development Fund, Billiton Development Trust, and the National Business Initiative. 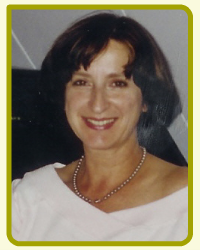 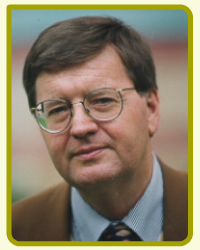 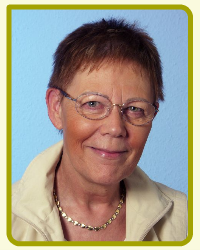 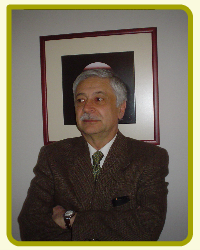 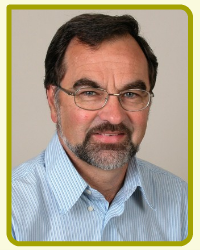 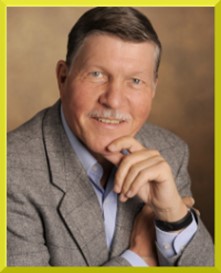 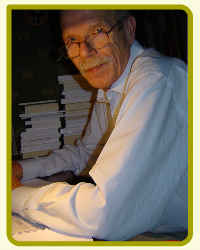 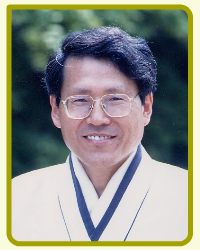 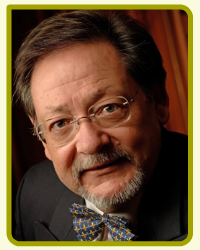 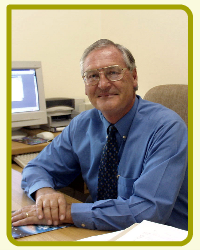 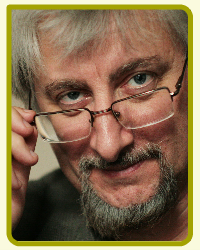 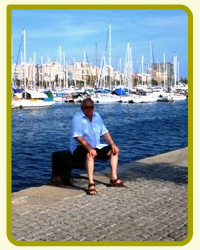 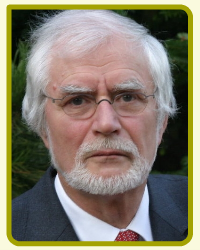 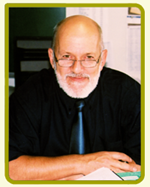 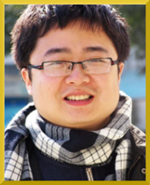 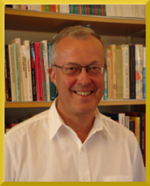 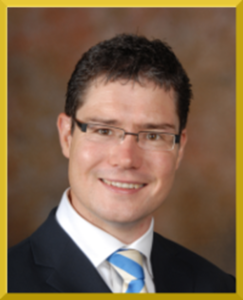 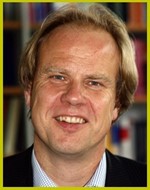 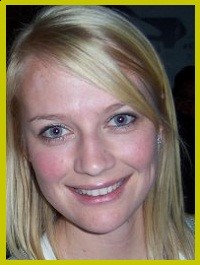 Societies and Their Institutions in the Transition to Democracy (2000 – 2004)

This first research project – setting the pattern for the TRU research programme as a whole – was located at the crossroads of political science, sociology, economics, philosophy, and history. The analyses focused on the conditions of transformation in systems where the general direction of democratisation and the liberalisation of social systems was similar, but where cultural and historical conditions were vastly different, as were the different types of autocracy from which the individual cases departed. The latter included apartheid, communism, authoritarian-bureaucratic or military bureaucratic system, and political authoritarianism.

The analyses were conducted in the arenas of political society, civil society and economic society. Seeking to capture both the universal and the specific aspects impacting transition, historical memory was included as a separate arena. The taken approach went well beyond the scope of existing at the time studies on transformation, which were usually restricted to one geo-political region examining countries and societies in similar historical and cultural contexts and facing similar political and social problems.

The research results were presented in TRU’s first book, entitled Democracy Under Construction: Patterns From Four Continents, published in 2005 with Barbara Budrich Publishers.

This second research project utilised and built on an earlier comparative research undertaking that included the study of South Africa, Chile, South Korea, Poland, and (East) Germany.  Having previously assessed transitions to democracy in those countries and having established that to a greater or lesser degree the examined countries were crafting their democracies quite successfully, the now more relevant question was that of the quality of these young democracies. For that purpose, Sweden and (the now unified) Germany were added to the sample to offer a comparative perspective against which to measure democratic progress, or lack thereof. At the same time, Turkey was included to expand the cultural comparative base.

The project examined the seven cases on two levels: A historical-philosophical level, where it pondered the underlying impact of traditional culture, and on an empirical-theoretical level, where it looked at the elite-mass public dimension in the context of political culture. In the latter case, the project drew on data from its own elite surveys in the seven countries, which looked at value orientations and the attitudes of elites to assess the quality of leadership. Utilising the corresponding questionnaire used earlier by the World Values Survey (WVS) made it possible to compare the results of both surveys to establish to what extent the values of the elites and those of ordinary citizens converged or diverged. The correlations were subsequently examined according to a set of hypotheses formulated for the purposes of the project and referring to the quality of democracy.

This third research project started from the assumption that the impact of the financial crisis of 2008-2009 and the subsequent economic recession had consequences that could potentially prove to be detrimental to the future wellbeing of global democracy. The study aimed to conceptualise the problem theoretically in preparation for an empirical follow-up which would collect and analyze data to support or refute the tentative conclusions. The project assumed that the crisis created conditions for a potential shift away from the existing trend of new democracies trying to emulate the established democracies of the North-West in the belief that the latter were on an ever-progressing economic development path. The crisis revealed that the well-established democracies were in fact hit hardest, affected more than some of the authoritarian countries, especially China.

The guiding hypothesis of the project held that as the crisis spread around the globe and began to exert a heavy economic toll on most nations the conviction that democracy and economic development go hand in hand might weaken and confidence in democracy itself might start to erode. The project explored this from the perspective of how the crisis could affect the quality of democracy around the globe, how well democratic politics serve as a defensive mechanism, and whether democracies were in fact best equipped to address a crisis than non-democracies.

The conceptual phase of the project was supported institutionally by the Stellenbosch Institute for Advanced Study (STIAS).

The research results were presented in a book, entitled Democracy Under Stress: The Global Crisis and Beyond, published in 2011 with Barbara Budrich Publishers.

This fourth research project was an empirical follow-up to the earlier analytical study, which conceptualised the problem of the global financial crisis and its wide-ranging social and economic consequences. This follow-up phase involved a systematic collection of data on all countries were reliable data were available. The research involved elaborate statistical data analysis and the production of integrated data-sets. The data-sets included both objective and subjective data on economic development, socio-economic structure and political structure. A large number of relevant sources of both individual and aggregate data were consulted. The project also involved the collection of its own data gathered in an international survey of parliamentary representatives in seven countries, which enabled comparative analyses between the pre-and post-crisis period.

The objective of the project was to find out how crisis-driven economic factors affect different types of political regimes, and how political factors may help or impede the capacity of states to recover from a serious global economic downturn. A unique data set has been prepared for the project describing the situation before and after the recession for 187 countries of the globe.

The results of the study were presented in a special issue of the Taiwan Journal of Democracy in July 2015. 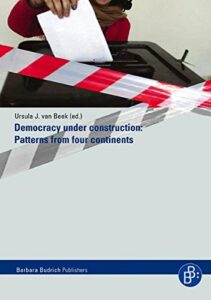 The book compares five newly emerged democracies in Europe, South East Asia, Latin America and Africa. Cutting across vastly different historical and cultural backgrounds it tells the story of how societies come to terms with a painful past and how politics, culture and the economy intertwine in the process of creating new democratic nations.

The volume pioneers a new approach to the study of democratisation. It does so by combining comparative and interdisciplinary analyses of South Africa, Poland, (East) Germany, South Korea and Chile, that is, five countries where a similar general thrust of democratisation is set against the most diversified cultural and historical backgrounds. 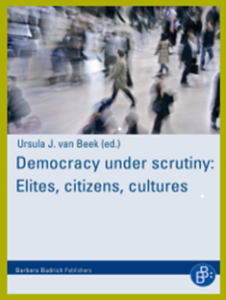 “Written by leading social scientists from each of the seven countries, the study sets its empirical analyses in each society’s historical and ideological context. The data on parliamentary and media elites were collected by the authors, who designed their questionnaire to correspond closely to the questionnaire used in the 2005-2007 World Values Survey, which was carried out in all seven countries at about the same time. This book is a landmark study that provides unique insight into the values of elites and mass publics, and the importance of elite-mass congruence for democratic institutions.” – Ronald F. Inglehart, University of Michigan 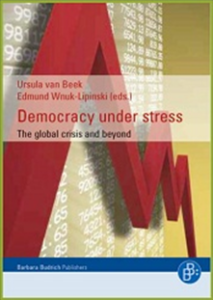 Democracy Under Stress: The Global Crisis and Beyond

“This book provides valuable insights into the causes of the current international financial crisis, and its impact on democracy.  A series of insightful analytical chapters probe into the reasons for the financial collapse and who should be held responsible – with a view to understanding whether and how it could happen again. The analysis makes it clear that while human greed, miscalculation and mismanagement contributed to the crisis, some systemic features of modern global capitalism were also involved. The book’s strong cast of authors also examine the influence of the current Great Recession on the process of democratisation, finding that, so far at least, democracies – even young ones – have generally stood up reasonably well. The reader of this book will emerge with a clearer sense of what went wrong with international finance, and what needs to be done.” – Ronald F. Inglehart, University of Michigan